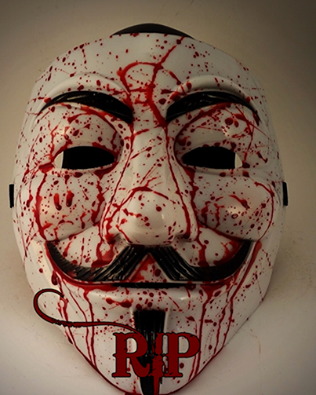 James McIntyre of Dawson Creek, British Columbia was shot to death by one or more RCMP officers at about 6:30pm last Thursday night, July 16. Police had been called to deal with a disturbance inside the Fixx Urban Grill, where an open house was underway for BC Hydro’s contentious SiteC hydroelectric dam. They never got inside, instead confronting and shooting McIntyre, who had not been involved in the disturbance, outside on the sidewalk. As he lay on the pavement, bleeding into unconsciousness and ultimately death, at least two bystanders videoed the police walking up and kicking away something in his hand.

On his face was a Guy Fawkes mask, which is where Anonymous came in. And come in, they did.

Both Dawson Creek detachment and main RCMP sites were DDoS’d offline over the weekend, and activists gave The Cryptosphere…